We love sharing news from our NGO partners. Here’s an update from Wildlands Conservation Space on the African Wild Dog and Rhino monitoring programmes at Somkhanda Game Reserve.

The community run Somkhanda Game Reserve in northern KwaZulu-Natal remains the home of key populations of African wild dog and white and black rhino. While these species remain threatened, their monitoring is of vital importance. Without the support of Different.org, and the never-tiring Wildlife ACT monitoring teams, there would be little chance of the project’s success.

There have also been a number of other additions to Somkhanda in 2016, including buffalo and a breeding herd of elephant, bringing the reserve closer to its goal of becoming a Big 5 reserve. This is significant from an eco- tourism investment and development perspective. In addition, it aids in re-establishing the ecological processes that are so important in savannah systems, improving the health and functionality of the system.

In the last monthly monitoring report, the monitoring team confirmed that there were seven wild dogs in the pack roaming Somkhanda. The pack members include five males (two adult and three sub-adult), and two females (one adult and one sub-adult).

In September one of the male wild dogs injured his eye, after which he became noticeably less possessive of the females. While his eye was healing, a couple of the other males were particularly aggressive towards him, pushing him away from kills, and keeping him on the outskirts of the pack. Luckily, in November, the monitors reported that his eye looked to have healed and that he was acting more and more confident around the pack.

During November, the monitors noticed that one of the sub-adult females was no longer with the pack. The pack searched the Majuba, Scotia and Ngome areas of the reserve, calling for her, with no response. A few days later, one of the monitors had a visual of two wild dogs moving north along the main road; the one’s tail markings suggesting that it was the missing sub-adult female. However, the female has not returned to the pack, and as she is an un-collared sub-adult, she is not easily trackable. This suggests that she has dispersed from the pack. Wild dogs disperse from the pack in order to avoid inbreeding and competition for mating opportunities. They will leave the pack as all female or all male groups that join unrelated, opposite-sex groups in order to form new packs. This is a natural and necessary process. 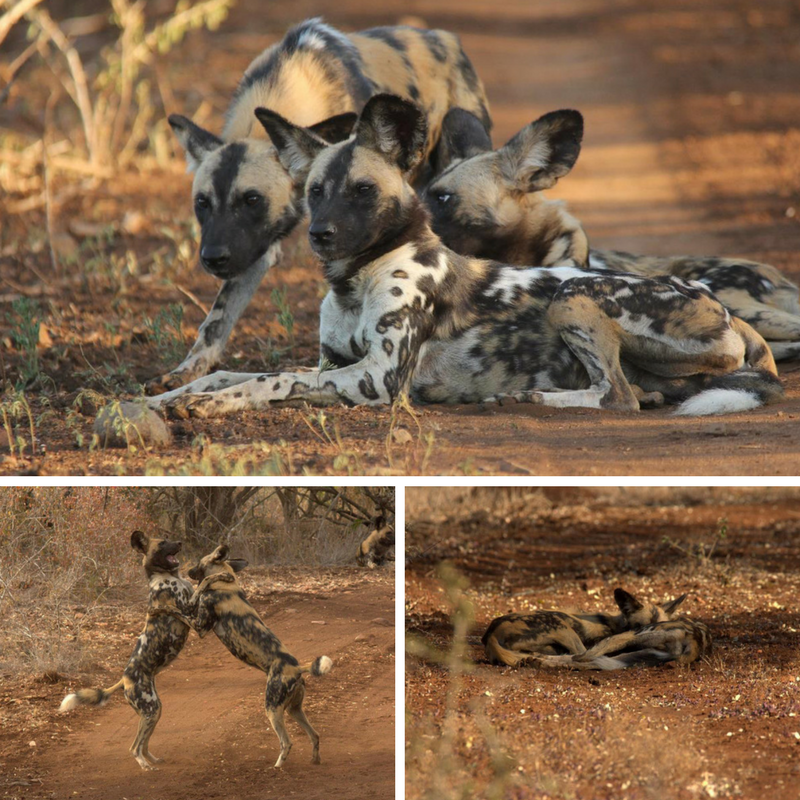 Photo Credit: Wildlife ACT’s Pippa Orpen
Top: SWF6 (front) dispersed from the pack on 6th November 2016.
Left to right: The two sub-adult females before SWF6 dispersed from the pack. The two were inseparable before SWF6 left. Judging from behaviour noted by the monitors (such as the two leaving together before the pack woke up, and returning an hour or so later), it was thought that the two females would leave together.

From August to December the Wildlife ACT monitoring team spent a total of 1 445.23 hours in the field, covering 14 312 km, observing and monitoring the well-being and locations of the priority species in Somkhanda Game Reserve.

The Somkhanda rhino population ended off 2016 and started 2017 on a very good note. The rhino are doing very well despite ongoing poaching pressure in KZN and the intense drought in the region. This is largely due to the continued efforts of our monitoring and anti-poaching teams on the reserve. We had one white rhino birth and two black rhino births in 2016, and 2017 has started off well with another white rhino being born. Our head rhino monitor, Zama, named the new born Umasingana, as he is a January baby. 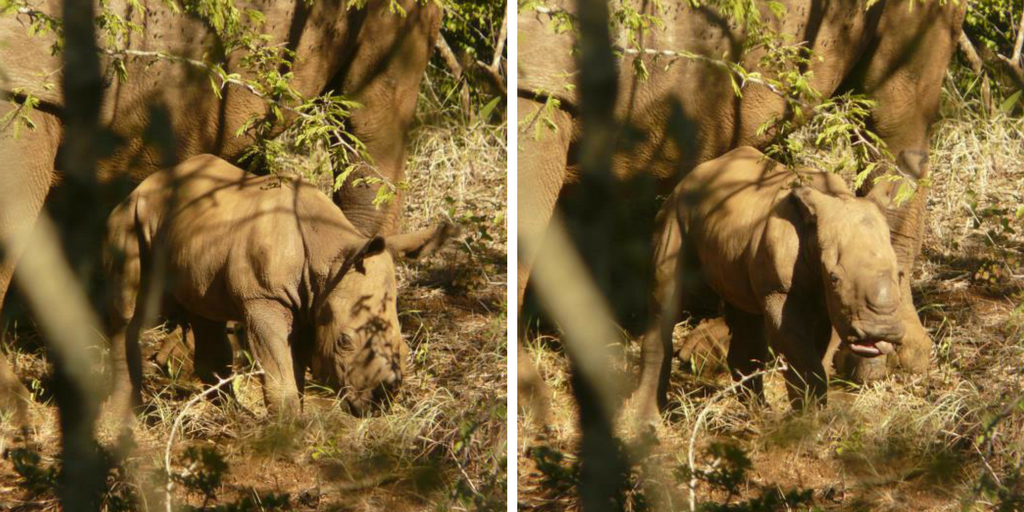 While the poaching threat to rhino remains high, having a dedicated team of rhino monitors based on Somkhanda Game Reserve is of utmost importance. Mr Zama Ncube (pictured below) has been Wildlife ACT’s Head Rhino Monitor and Bush School Teacher for over 10 years. The rhino monitoring team are all members of the Gumbi community, a community who values the protection and conservation of South Africa’s natural heritage, and decided to preserve the natural habitat rather than transform the land that they received in their successful land claim. The rhino monitors now contribute to the protection of a priority species on the community-run reserve. Because of this devoted and effective team, as well as the support they receive, the rhino are monitored on a daily basis. The team can walk an average of 10 to 15 km a day while tracking rhino. This daily monitoring allows reserve management to keep track of their whereabouts, as well as the health of the rhino population. It also allows reserve management to work closely with the Anti-Poaching Unit to efficiently organize their teams. This multi-pronged approach requires much coordination and management, however, is proving to be successful with Somkhanda have maintained a zero poaching rate of rhino during 2016. We hope that by maintaining this effort, we will have a successful 2017 too. 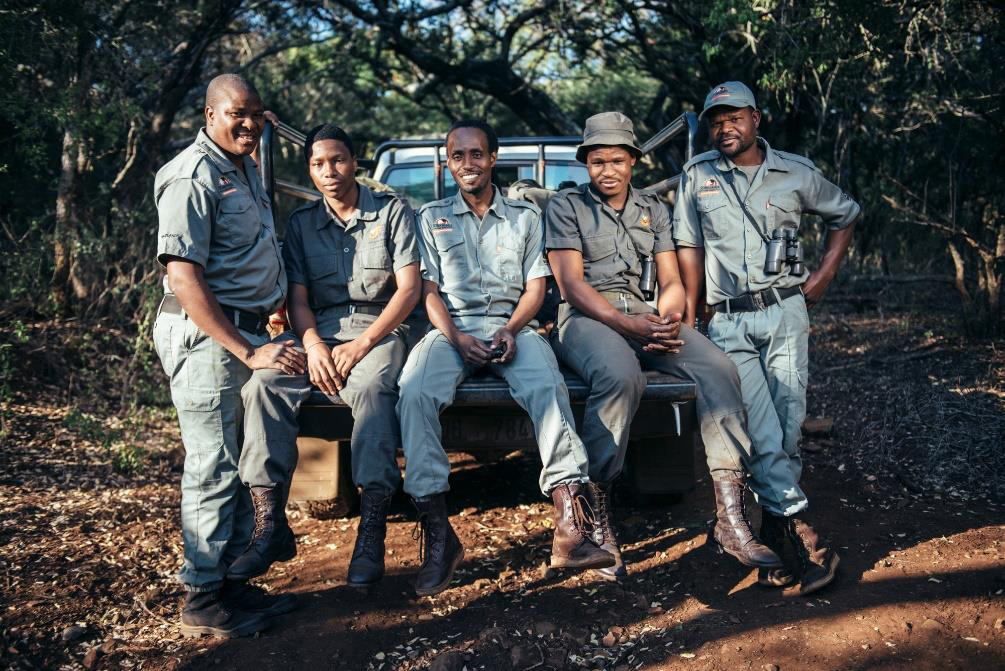 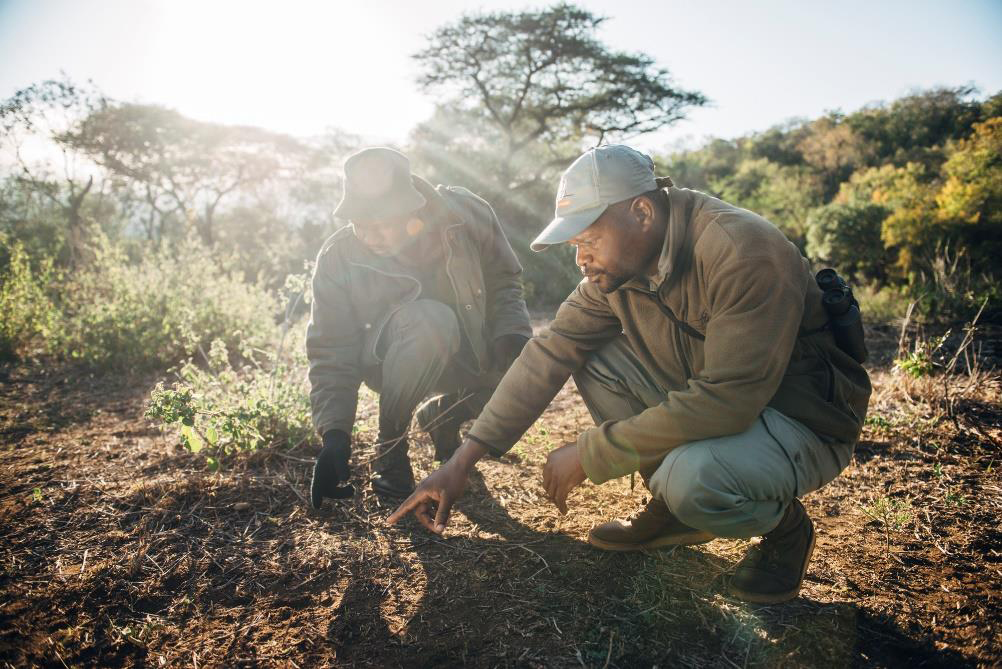 We are so grateful that the rhino population at Somkhanda continues to grow, and for all of the support we receive to ensure their ongoing protection. Without the support that we receive through the Different.org platform, such intensive monitoring of these national treasures would not be possible.