Wildlands Conservation Trust are currently raising funds to conduct vital monitoring of a pack of African Wild Dogs, as well as a population of White and Black Rhino, living in the Somkhanda Game Reserve in the Zululand District Municipality in KwaZulu-Natal. Here is an update from Mark Gerrard, Wildlands’ Threatened Species Coordinator.

“As we near the end of winter, the reserve is starting to feel the pinch of the drought. Luckily, the reserve had a little rainfall in mid-July which has made a difference to the water availability. Graze and browse levels are still good, but standing water is becoming scarce.

The rhino on the reserve continue to do well even with the ongoing, nightly threat of poaching. The rhino monitoring team are out daily, identifying the health of the population and reporting any areas of high risk (large groupings of rhino, animals close to fence lines etc). This information is all reported daily to the reserve management and the anti-poaching teams, thus allowing for a proactive response to any potential threat. With Somkhanda being part of the Black Rhino Range Expansion Programme, the population of this critically endangered species is also doing well. There have been three births this year, all female calves – a great sign for the future of the reserve.

The African Wild Dog pack continues to thrive on the reserve. With the Alpha female having given birth earlier in the year, their movements have been fairly concentrated, making the monitoring a little easier. They have recently, however, moved the den to a dense and hilly section of the reserve, only leaving the area to hunt while the pups remain underground. The den sight is inaccessible by vehicle so the monitor has had to go in quietly on foot once in a while to confirm that things are fine. The biggest concern for the pack is that of snaring, where dogs are accidentally caught in snares set for bush meat. The monitoring is therefore vital to ensure snared animals are located quickly. The pups should be nearing an age where they will be moving with the pack, and we hope to get more sightings of these endangered animals.” 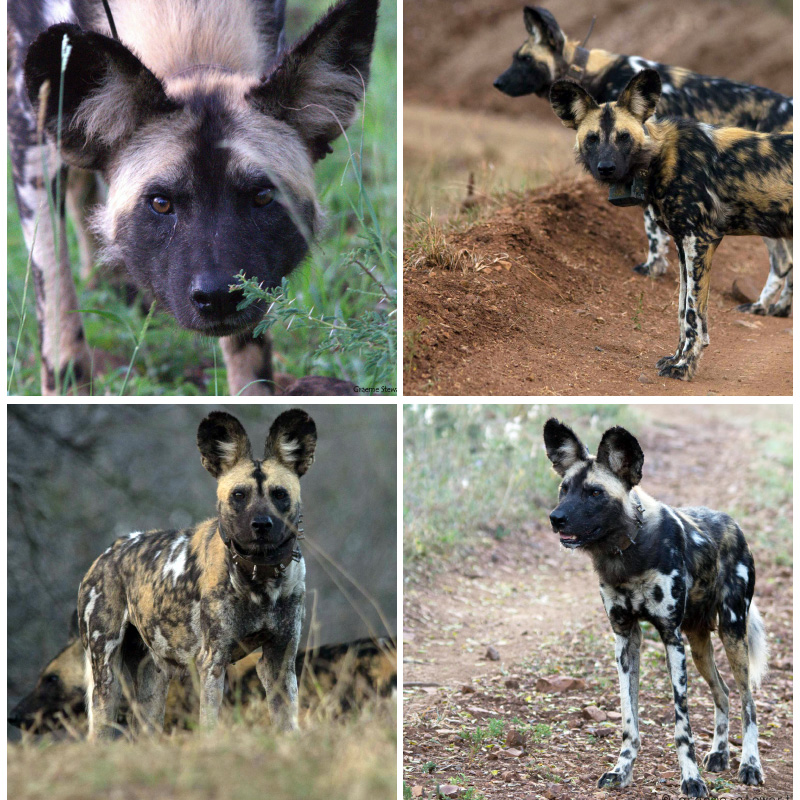