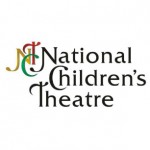 The year 2014 marks the 25th Anniversary of NCT since it was established by Joyce Levinsohn in 1989, and which earned her a Lifetime Achievement Award. Since the new management under the leadership of Moira Katz in 2012, the company has been building a reputation as Gauteng’s premier children’s theatre, extending our range from regular theatre and musicals to include educational programmes, an HIV/AIDS information programme, a bullying awareness programme, classics for high schools.

NCT has made its mark by providing professionalism and artistic excellence in all aspects. The loyal and dedicated staff of 12 work hard to present 6 full theatre productions a year, catering to family theatre, schools outreach programmes, visits to rural areas, Saturday morning workshops for over 140 children, our NACTIES programme for budding Thespians, educational workshops in a variety of aspects of theatre. We believe in building community partnerships, creating jobs for newly qualified actors as well as developing a new generation of theatre supporters through entertaining and engaging programs.
For the past 24 years NCT has produced outstanding theatrical plays and educational programs which have won several national and international awards including 5 Naledi Awards, and an IPRA Golden World Award for Excellence in Public Relations in the Arts category.

A recent success was NCT’s MANDELA DAY partnership with Hillbrow Theatre Project where we hosted an American Youth Group from Salt Lake City, who presented SYNERGY: A VOICE TO THE WORLD. Synergy is supported by Friendship Ambassadors Foundation, an NGO, formally associated with the United Nations Department of Public Information, with Consultative Status at UNESCO.

Following the projects and activists: 82

Donation count of all projects: 708