We love sharing news from our NGO partners. Moira Simpson, the founder and director of Kids Haven, shares with us what drove her to start Kids Haven and her passion for making a difference.

As a child I believed I would be a missionary one day. I was aware that discrimination was wrong, and had a strong sense of justice. I wanted to do social work when I left school but my teachers thought I was too soft for this. So I did medical technology instead. I then had three babies in a row, and started studying social work at UNISA when the youngest started school. I did not know exactly what direction I wanted to go with the social work, I just knew that apartheid was going to cause social problems in the country, and I wanted to be part of the change in the future. 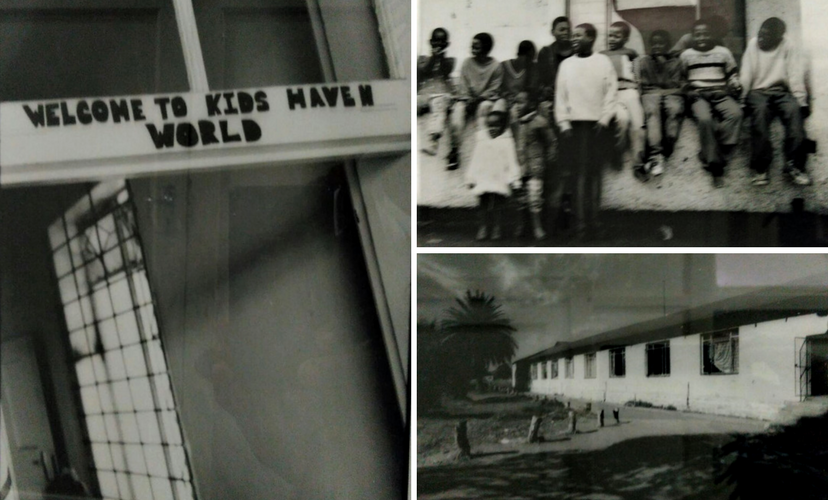 Kids Haven’s first premises – the derelict Kleinfontein Hospital building along Snake Road in Benoni, along with some of the first kids that resided at the shelter.
Photo credit: Kids Haven

While I was studying I came across children on the street and started to build relationships with them. It was hard to be on the streets in the days of apartheid; the police would round up the children in Benoni and dump them at the rubbish dump in Springs. These children found me and I had found my mission in life.

I completed my degree in 1991. I asked the Central Methodist Church and The Salvation Army for the use of their halls to meet with the children on Tuesday and Thursday mornings. Eight children soon grew to 30. A meeting was called in Benoni about the ‘problem’ of street children; about 70 people came: businessmen, police, social development representatives, and they all walked away. Then two children were killed; the first a 12-year-old, by the police, the second, a 14-year-old, by the AWB. This drew international press, and so begrudgingly the system started to work with me.

Moira Simpson, the founder and director of Kids Haven, reading with some of the kids.
Photo credit: Kids Haven

We moved into the derelict Kleinfontein Hospital Building on 13 October 1992. In 1994, soon after Nelson Mandela became president, I wrote a letter to him. He had just made a speech about the future of the country. He asked everyone to step in and make a difference. He mentioned that street children are the unfortunate consequence of the apartheid system, the ones who suffered the most. At the time, the welfare system wanted to close Kids Haven. He stopped this from happening. He referred me to Geraldine Fraser-Moleketi, who was to become the first Minister of Social Development. She ensured that we started to receive some funding from the government. Nelson Mandela’s term in office was a happy time in the history of the country, the rainbow nation was real. Now it feels like history is repeating itself, and we will have to start over again to rebuild the nation for the sake of the children who are suffering.