We love sharing news from our NGO partners. Here’s an update from Wildlands Conservation SPACE on the Elephant relocation and release programme at Somkhanda Game Reserve.

Today saw a historical moment unfold for two community game reserves in KwaZulu-Natal, as the Somkhanda Community Game Reserve welcomed the last 2 animals of a herd of 13 elephants. The elephants were donated by Nambiti Private Game Reserve, another KZN community owned game reserve, and this is the first time that 2 rural communities have worked together to extend elephant range.

Somkhanda Community Game Reserve, owned by the Emvokweni Community Trust (ECT) and co-managed with the Wildlands Conservation Trust was established in 2005 and formerly declared a protected area in 2011.

Wildlands and the ECT worked with Elephant, Rhinos and People (ERP) over the past year to identify a suitable herd for Somkhanda. Their support has been phenomenal. ERP, supported by Groupelephant.com, actively identify elephant herds that are under threat due to population pressures and find them new homes.

“ERP are thrilled to have been able to partner with ECT and Wildlands, in securing a new home for 13 elephant,” said Dereck Milburn, Director of Operations at ERP. “We need space for elephants and communities very often have large tracts of land which could be secured for elephant protection. Through this translocation we are alleviating pressure on the elephant population and it is funding well spent. The beauty of this process is undeniable and creating a herd where there has not been elephant for the past 70 years, is history in the making. This community reserve partnership is a model we hope to show other communities – highlighting the value of it and implementing it elsewhere.”

The introduction of the elephants will underwrite the financial and ecological sustainability of Somkhanda. It represents a key step towards establishing the reserve as a Big 5 reserve, essential from an eco-tourism investment and development perspective, whilst re-establishing the ecological processes that are so important in Savannah systems, allowing them to be healthy and functional systems. 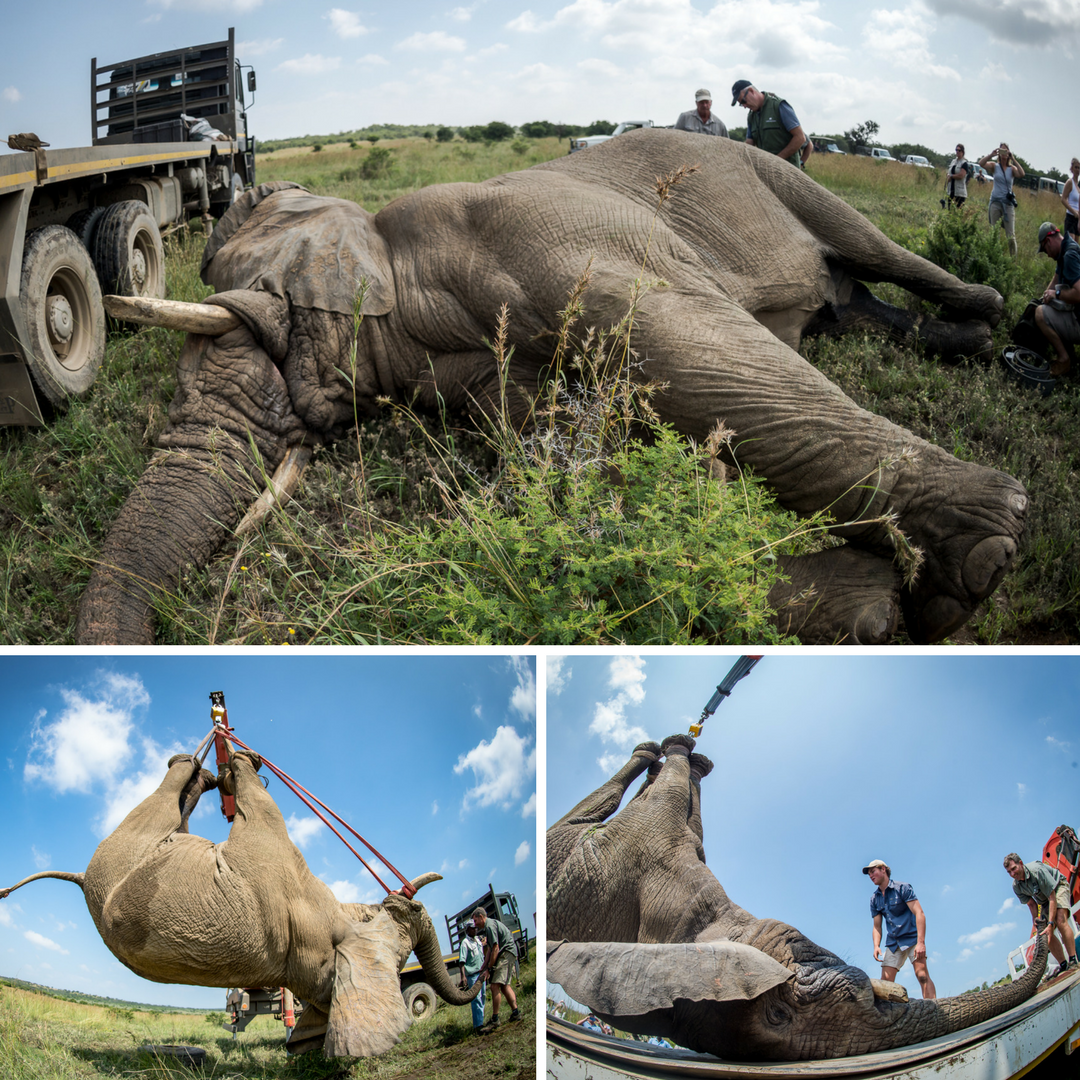 Under suitable conditions, elephant can breed very rapidly, with populations in fenced reserves often becoming larger than is ecologically sustainable. Such was the case at Nambiti, who recognised the need to reduce their population size. This became an opportunity for Wildlands and ERP to assist in the translocation of a small herd from Nambiti to Somkhanda.

The process of obtaining the elephant has been one that has been carefully considered and planned by the Emvokweni Community Trust, the Wildlands team and its partners, ensuring that all necessary infrastructure and approvals were in place. Wildlands has worked closely with Ezemvelo KZN Wildlife to finalise the Somkhanda Elephant Management Plan, secure an Adequate Enclosure Certificate and secure the permits for the capture and relocation. When introducing elephants, it is important to introduce an entire breeding herd, as they have a very strong social and family structure, that needs to be maintained at all times. Conservation Solutions, recognised globally for their expertise in elephant capture and translocation, were contracted to manage the capture and relocation process.

“The introduction of these elephant represents a key milestone for the Emvokweni Community Trust, underwriting their ability to harness and benefit from South Africa’s flourishing wildlife and eco-tourism economies,” commented Wildlands’ CEO Dr Andrew Venter. “Africa’s elephants are under threat, with over 100 being poached every day. Across the continent, communities and conservation organisations are fighting to stop this poaching and save this iconic species from extinction. The Somkhanda introduction represents a small, but incredibly important step in this fight. We look forward to seeing this herd flourish in their new safe haven.” 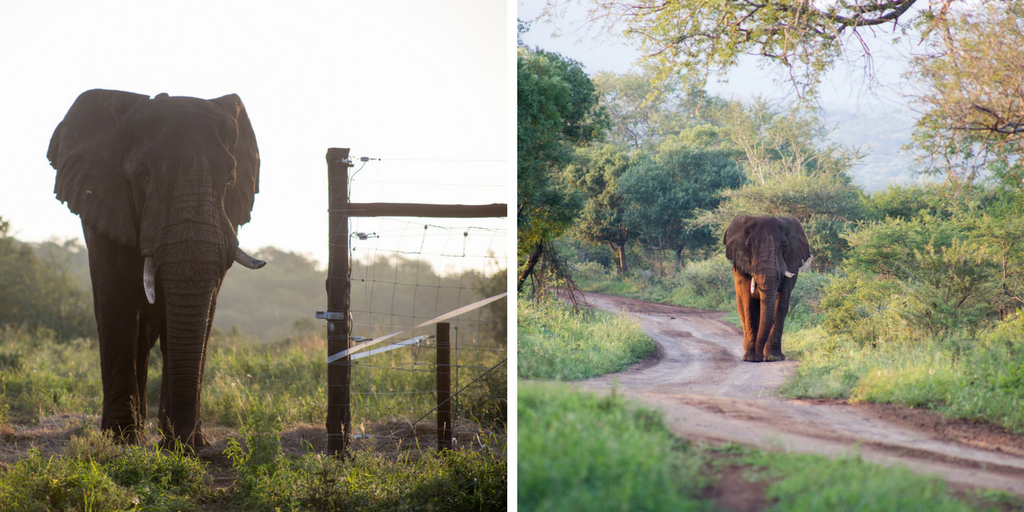 Above: The elephant bulls leaving the boma and venturing into their new home territory at Somkhanda Community Game Reserve
Photo Credit: Dave Gilroy

“We at Nambiti are very positive about the move of some of our elephant to Somkhanda. It is a bitter sweet moment because we love our elephant; but they have bred to a level where they can potentially negatively impact the environment, so it is best that a part of the population is moved to a new home that we are happy with,” said Clarke Smith Chairman of Nambiti Private Game Reserve.

Mrs Muhle Khanya, Chairperson of the Senzo’Kuhle Communal Property Trust also came to witness the translocation process and said: “I’m happy because some of our animals are moving to a good home. Nambiti and the community are partners and they tell us everything that happens here – they do very good things for conservation.”

Ryan Sobey, Head of Operations for Different.org, has a longstanding partnership with Wildlands and has been strategic in the development of Somkhanda. “Through this initiative a community will be uplifted permanently and a sustainable tourism entity will be created,” said Sobey. “We love working with Wildlands, they are helping communities thrive in a sustainable way and boosting our country’s tourism at the same time.”

Jumbo Cash & Carry have recently offered to “adopt” the herd and are providing funding towards the translocation, monitoring the elephants and making sure their collars are maintained, plus keeping the herd safe and healthy. “Jumbo Cash & Carry partners with independent retailers so that their businesses can prosper and communities can live better. Just like these majestic creatures, Jumbo is the Giant of Africa and we are proud to contribute to the conservation of this species,” said Marketing Manager of Masscash Wholesale – Leigh Murphy.

“A big thank you to Jumbo Cash & Carry, ERP, Different.org and Nambiti Private Game Reserve for their support in enabling this project. Thanks to the Gumbi Community for supporting the introduction of the elephant and acknowledging this as a key development for their game reserve,” concluded Dr Venter. 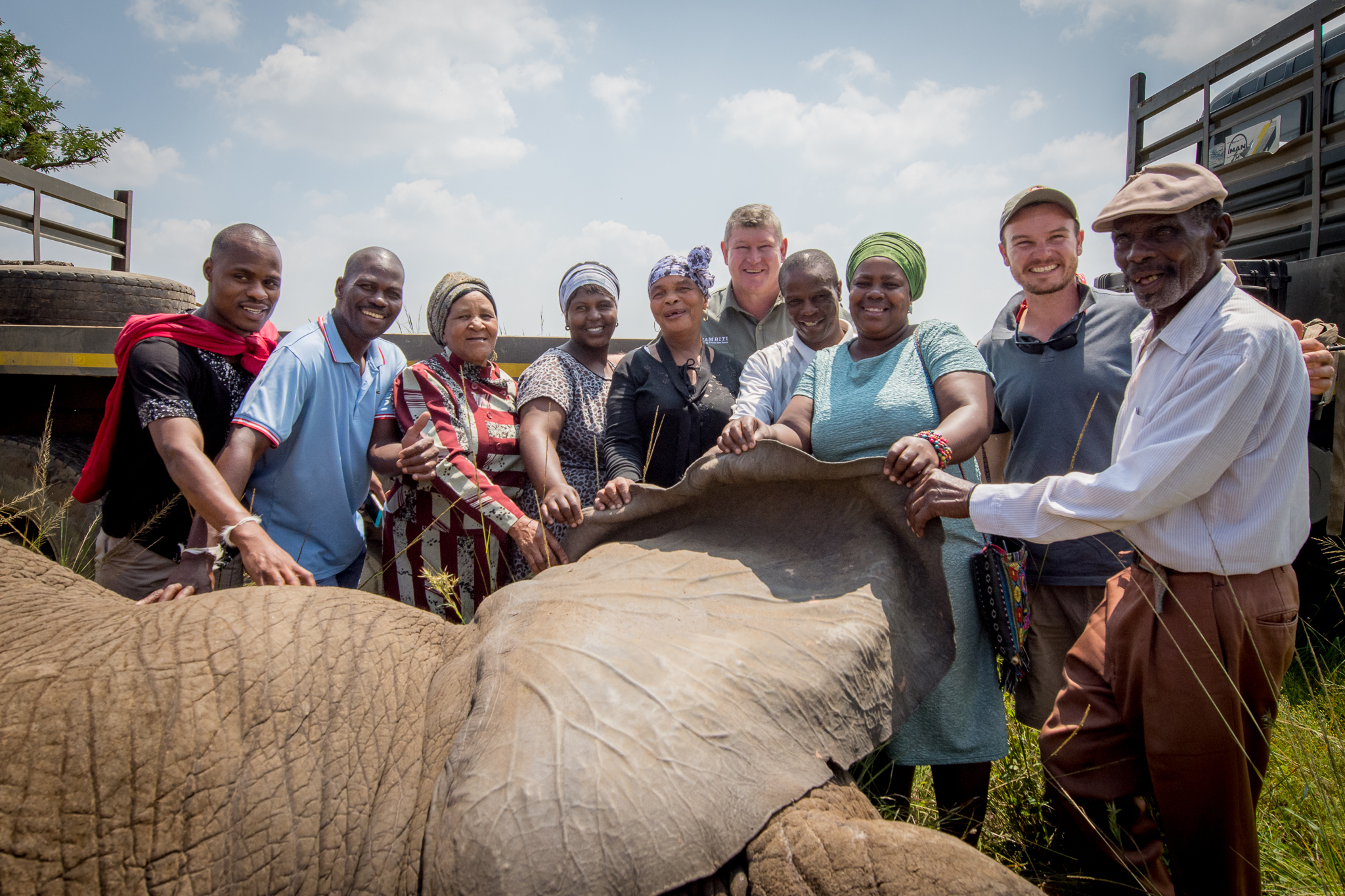